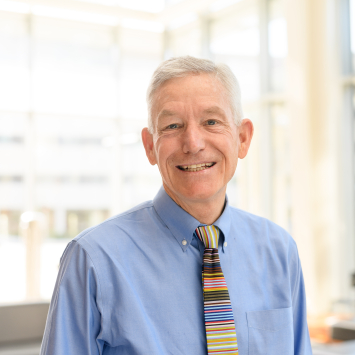 Joseph Chappell most recently served as Chair of the UK College of Pharmacy’s Department of Pharmaceutical Sciences from 2013 - 2022. Dr. Chappell is an acclaimed natural product scientist and will help develop the College’s expertise in plant-derived drug candidates.

Dr. Chappell has been active in UK’s classrooms, teaching a variety of undergraduate and graduate courses over the years. He helped develop UK’s renowned Bachelor’s degree program in Agricultural Biotechnology and has advised many students as part of that program during his UK career.

At UK, the Chappell laboratory has been dedicated to studying all facets of isoprenoid metabolism in plants – from identifying the genes encoding for and regulating this metabolism to defining the biochemical mechanisms of the enzymes themselves. In recent years, The Chappell lab has collaborated with members of the Department of Pharmaceutical Sciences in his lab’s quest to develop new plant-based therapeutic agents.

His laboratory has embraced student mentoring over the years, generally supporting one or two undergraduate research scholars each year, guiding graduate student thesis projects, and supporting the professional development of postdoctoral and sabbatical scholars.

Dr. Chappell has been involved in commercializing intellectual property discovered in his lab, including developing several start-up enterprises in Kentucky.

The Chappell laboratory is dedicated to studying all facets of isoprenoid (terpene) metabolism in plants and microbes – from the identification of the genes encoding for this fascinating metabolism to defining the biochemical wizardry that has evolved giving rise to an incredible chemical diversity in this class of Natural Products. In recent years, The Chappell lab has been particular focused on manipulating the genes and enzymes associated with the biosynthesis of putative therapeutic compounds in dietary supplements and medicinal plants.