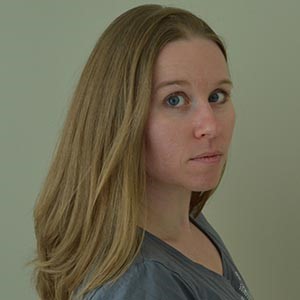 Sylvie Garneau-Tsodikova graduated in 1995 at the top of her class in chemistry and obtained her M.Sc. in 1997 from Université Laval (Québec, Canada) where she received numerous awards (Chemical Institute of Canada, National Sciences and Research Council of Canada "NSERC," Fonds québécois de la recherche sur la nature et les technologies, Price Foundation, and Lucien Piché fellowship). She then joined the Ph.D. program in chemistry at the University of Alberta (Edmonton, Canada). During her graduate studies as an NSERC, Alberta Heritage Foundation for Medical Research and Izaak Walton Killam scholar, under the supervision of Professor John C. Vederas, she received rigorous training in chemistry and biochemistry. Her work in the Vederas' group focused on the discovery and synthesis of new antimicrobial agents acting on bacterial cell walls. From Alberta, Dr. Garneau-Tsodikova moved to Harvard Medical School where she worked as a postdoctoral fellow in Professor Christopher T. Walsh's laboratory. Through her studies on the formation and modification (halogenation) of mono- and dipyrroles in a variety of secondary metabolites, she obtained extensive training in mechanistic enzymology and strengthened her skills in biochemistry. From 2006-2013 she joined the University of Michigan as the John G. Searle Assistant Professor of Medicinal Chemistry in the College of Pharmacy and Research Assistant Professor in the Life Sciences Institute In April 2013 she joined the University of Kentucky as an Associate Professor of Pharmaceutical Sciences in the College of Pharmacy Using a multidisciplinary approach involving disciplines such as molecular biology, microbiology, biochemistry, as well as organic and medicinal chemistry, she is addressing several issues in synthetic biology and chemistry. Her research program has three main focuses: (i) the understanding of enzyme mechanisms involved in the biosynthesis of nonribosomal/polyketide antibiotics and anticancer agents as well as the development of new tools to generate and engineer novel nonribosomal peptides through combinatorial biosynthesis, (ii) the understanding and development of new molecules to combat bacterial resistance with a special focus on tuberculosis, and (iii) the development of multi-functional molecules for neurodegenerative disorders such as Alzheimer's disease.