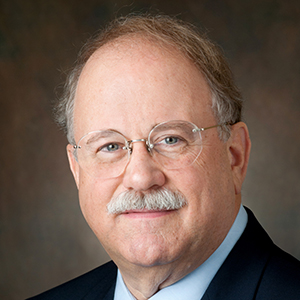 Joseph L Fink III is Professor of Pharmacy Law and Policy at the University of Kentucky College of Pharmacy and the Kentucky Pharmacists Association Professor of Leadership at the University. In addition, he is a Professor of Public Health in the College of Public Health and Professor in the Martin School of Public Policy and Administration, a unit he served as Acting Director during 1998. Finally, he has a faculty appointment as Professor of Clinical Leadership and Management in the UK College of Health Sciences. He has been Vice President for Research and Economic Development, Vice President for Corporate Relations and Economic Outreach as well as Special Assistant to the President for Academic Affairs and Director of Admissions at UK. He was Associate Vice Chancellor for Academic Affairs at UK from 1988 to 1996. Additionally, he served as Executive Director of UK Coldstream Research Campus, the University's 735 acre research park in Lexington, from 2002 to 2004. He was Assistant Dean of the UK College of Pharmacy from 1981 to 1988 and Acting Director of the UK Appalachian Center during 2004-2005. He has served the University in institution-wide roles under five UK presidents. He received his professional education in pharmacy at the Philadelphia College of Pharmacy and Science and holds a doctorate from Georgetown University Law Center, where he was Chairman of the Moot Court Board. He is licensed to practice pharmacy in Kentucky and Pennsylvania and has been admitted to the practice of law in Kentucky and Pennsylvania as well as before the United States Supreme Court. He is also trained in both general mediation and health care mediation, completing the latter at the Harvard School of Public Health. He served on the faculty of the Philadelphia College of Pharmacy and Science from 1973 to 1981, rising from Assistant Professor to the rank of Professor. During 1985-86 he served an American Council on Education Fellowship in Academic Administration. He has served on 54 master's student committees at UK plus 14 doctoral committees. He holds membership in a number of professional organizations in both pharmacy and law, including the American Pharmacists Association and the American Bar Association. He is a Fellow of APhA and a former Vice Speaker of the House of Delegates of the Association. He chaired the committee for the latest revision of the APhA Code of Ethics for Pharmacists and has served the Association as Parliamentarian for the House of Delegates since 2000. He was founder and first president of the American Society for Pharmacy Law and, while a pharmacy student, was National President of the Student American Pharmaceutical Association. The Kentucky Pharmacists Association recognized him as "Pharmacist-of-the-Year" for 1988 and in 2002 conferred on him the Distinguished Service Award for significant contributions to the profession over an extended period of time. He has twice received the "Great Teacher Award" from the University of Kentucky National Alumni Association. He has also twice been recognized nationally for his leadership and scholarly contributions to his specialty area of the law and in 2004 the American Society for Pharmacy Law established the Joseph L. Fink III Founders Leadership Award in his honor. In 2003 he received the Annual Alumni Achievement Award from his Philadelphia alma mater and in 2005 he was recognized with the Phi Lambda Sigma-Procter & Gamble National Leadership Award in pharmacy. During 2007 he was recognized by UK with both the President's Award for Diversity and the William E. Lyons Award for Outstanding Service to the University, Community and the Commonwealth. During 2009 he received the Robert G. Zumwinkle Student Rights Award at UK for "protecting, enforcing and futhering student rights" through his service as Chair of the University Appeals Board for over ten years. More recently, during 2012 he was recognized with the Linwood F. Tice Friend of the APhA Academy of Student Pharmacists Award for personal commitment to and passionate support of student pharmacists throughout his career. During 2013 his alma mater in Philadelphia conferred on him an honorary Doctor of Science degree. He is serving his fourth three-year term as UK's Faculty Athletics Representative to the Southeastern Conference and the National Collegiate Athletic Association. He is a member of the Committee on Athletics of the UK Board of Trustees. He has served the Southeastern Conference as a member of the Executive Committee and Secretary of the Conference. He served the American Foundation for Pharmaceutical Education as a member of the Executive Committee as well as being General Counsel from 2009-2015. In the area of community service, he served as Chairman of the Board of Directors and Executive Committee at The Center for Rural Development in Somerset, Kentucky from 2008-10 and served as the public member of the National Board of Certification and Recertification for Nurse Anesthetists from 2008-2015. Additionally, he has served as a Public Member of the Liaison Committee on Medical Education, the accreditation agency for medical schools in the U.S. and Canada. He also served the LCME as a member of the Executive Committee. His scholarly works include over 600 publications in the fields of law pertaining to pharmacy, pharmacists and pharmaceuticals, food and drug law, and health care law. In recent years his scholarship has focused on researching, interpreting and communicating to pharmacists legal and regulatory developments related to his areas of interest. For over twenty years he served as an Editor of Pharmacy Law Digest, at the time the most widely used pharmacy law text and reference in the United States. His teaching includes a pharmacy course focusing on the law applicable to pharmacists, pharmacies, and pharmaceuticals as well as a health law course taught to graduate students in health administration. His extramural grant support exceeds one million dollars as Principal Investigator and over four million in all grant-related roles.